For my American Pale Ale recipe rather than dry hopping I thought I’d give making a hop tea a try to add that extra hop boost I was looking for. A hop tea is an infusion of hops and water, which is added to the beer post fermentation just before bottling/kegging. To make a hop tea you simply put some hops into a cafetiere, let them steep for a while, then push the plunger. What you’re left with is a kind of greeny yellow liquid that smells pretty pungently of hops.

Since you’re steeping them in hot water you’re going to get some of the same flavour profiles from your final flame out additions, these can be slightly different to the ones you’d get from dry hopping, depending on your hop (or hops) of choice.

I made my hop tea with 10g of Cascade and 10g of Centennial, I probably needed more but I recently broke my large cafatiere and only have a one cup one at the moment, so couldn’t fit many in!

To begin with I whizzed up the hops in my mini blender, this is so they would infuse/brew quicker and with more flavour being extracted. 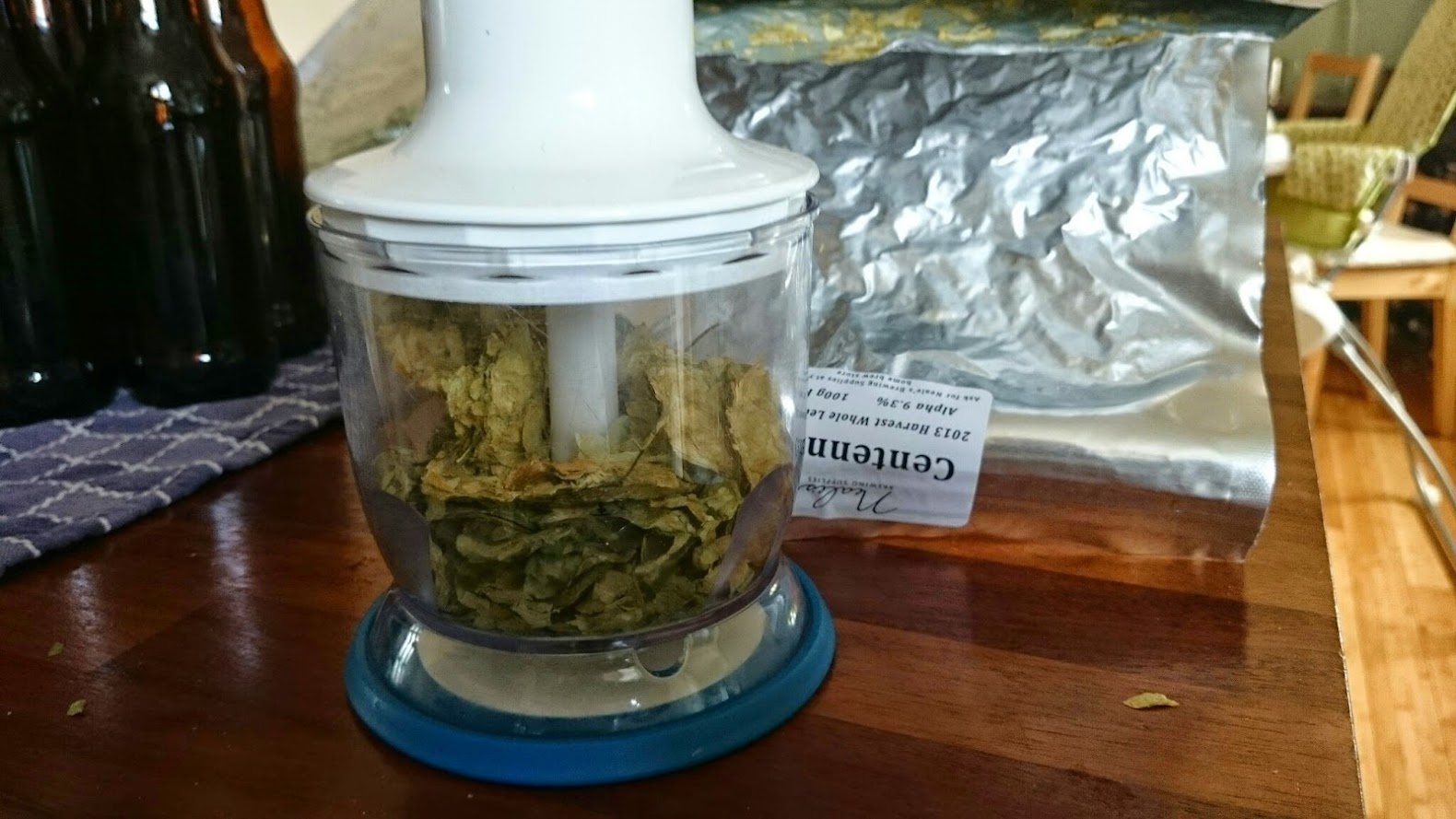 Next I put them in my sanitised cafatiere and topped up with boiling water, as you can see a bigger cafatiere is definitely needed! 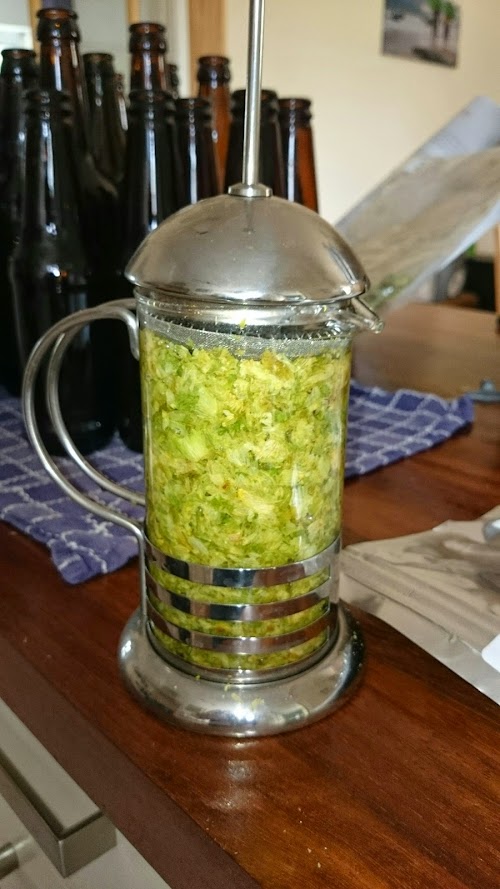 Finally a pushed down the plunger leaving a fairly murky looking liquid that smelt lovely, and then added it to my bottling bucket. 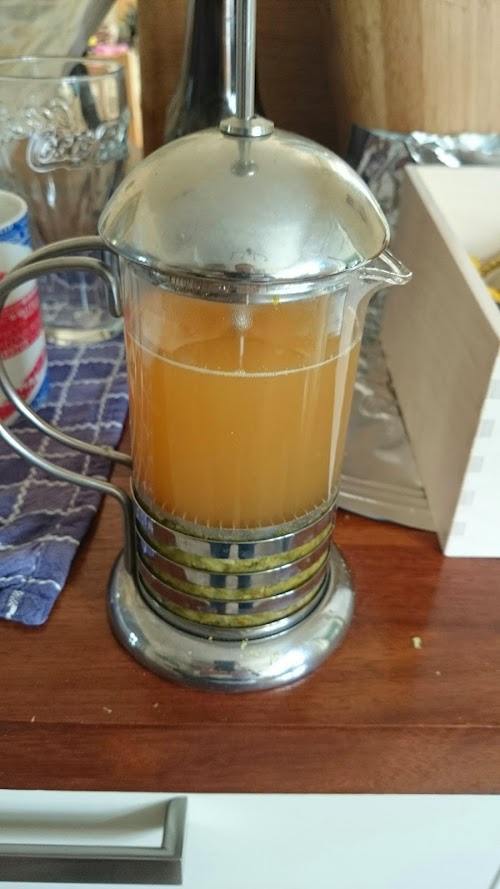 I’ve tried the American Pale Ale and it’s certainly a lovely pint, whether the hop tea actually made any difference to the flavour I’m unsure. I guess I need to do a few bottles as a control from a batch, then add the tea to the rest and compare. It’s certainly a technique I’ll try again at some point.