Earlier this year I bought a couple of hop rhizomes from Willingham Nurseries with the hope that I’d one day be able to make a beer or 2 with hops I’d grown myself. I bought a cascade and a goldings and put them both in pots. The goldings had a very long cane to grow up and the cascade I tried to train along a washing line.

It being their first year I wasn’t really expecting much and any hops at all would have been a bonus. The goldings didn’t really do much and barely any cones were formed, though in hindsight my construction for it to grow up wasn’t the best. The cascade on the other hand grew pretty strongly, despite wanting to to grow upwards rather than being trained along a wire. They were ready to be picked at the end of September/early October, picking took longer than I thought it would but in the end I had a good bowl full weighing in at just under 200g. Rather than try to dry them I decided to add them to a brew wet and within a few hours of being picked so they were very fresh. When using wet/green hops you need about 5 times the weight of dried you’d usually use, so my 200g were equivalent to around 40g of dried hops and so not enough for a full brew. Since I don’t know the alpha % I was going to use some dried Cascade for bittering anyway and would use the green hops just for aroma and flavour at the end. 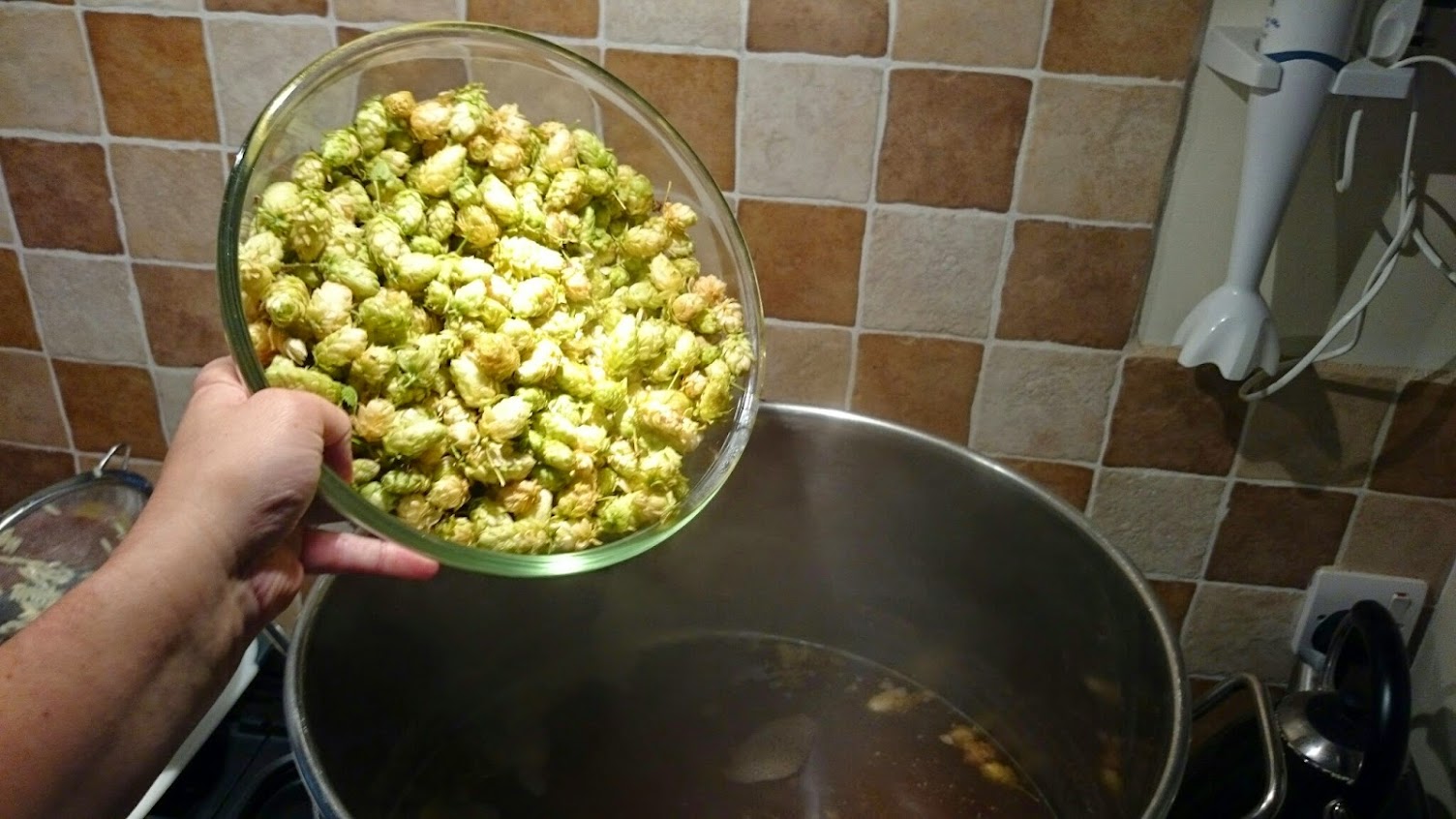 I decided on a SMaSH (Single Malt and Single Hop) brew to allow the hops to shine through, so the recipe was fairly straightforward. (note it wasn’t quite a SMaSH as I had a tiny bit of wheat malt for head retention)

Can’t wait to see how this turns out, the taster when bottling was lovely!